The purpose of this research is to create a Musical-Drama Television Film titled “Bung Karno di Bawah Pohon Sukun” (Bung Karno Under the Breadfruit Tree), a television film that was initiated to form real learning spaces in the film industry for university students; refresh the creativity of the program in the world of industry (DUDI) in Bali TV; and create a work that provides learning related to the values of nationalism. This product is made of five episodes of 24 minutes each. In short, this film tells the story of Bung Karno's contemplation period when he was exiled in Ende, Flores. After the script preparation, the script breakdown was carried out with workshops, pre-production, and production. The workshop stage was carried out for the maturation of the script material and strengthening the appreciation of the characters. The resource persons presented are as follows: I Gusti Putu Bawa Samar Gantang, Jean Couteau, Warih Wisatsana, Heny Shanti, Happy Salma, and Ida Bagus Purwa Susila. All stages of production have been carried out, namely pre-production, production, post-production and distribution stages. The pre-production stage carried out was the preparation of the script, script breakdown, survey of shooting locations at Nusa Penida, Bangli, and Singaraja, wardrobe, logistics, transportation, accommodation, equipment check, casting, reading, recce, and Pre Production Meeting (PPM) which was attended by the entire division. The second stage is the production that took place in Singaraja, followed by the post-production stage of editing and music scoring. The theory used to dissect this film is the theory of mise en scene (Roland Barthes) to describe the visual aspects of the frame. The research method is descriptive qualitative analysis of the constituent elements and structures of the Musical-Drama Television Film "Bung Karno Under the Breadfruit Tree".

The results of the analysis show that the role of institutional leaders, partners in the world of work, lecturers and university students in this Matching Fund (MF) program is the result of the collaboration between the Indonesian Institute of the Arts Denpasar (ISI Denpasar) and Bali TV to actualize the independent learning curriculum for independent campuses (MBKM) at ISI Denpasar. In the implementation of the MF for television film production titled "Bung Karno under the Breadfruit Tree", there were 16 students in the seventh semester taking the MBKM class. The involvement of students from Film and TV Production Study Program, Music Study Program, Fashion Study Program, Dance Study Program, and PSP ISI Denpasar Study Program in the production of this film is an effort to hone and train hard skills and soft skills of the students. They were actively involved in collaborating and practicing directly the process of preparing scripts, music, wardrobe, and artistic arrangements in film directing by being given responsibilities according to their respective divisions as film work colleagues. They could also study cases in the field accompanied by a supervisor when there was a problem in the process. Program-based learning in the form of film production involving Bali TV as partner and also supported by PT. (Limited Incorporation) Silur Barong and movie studio Bali (MSB) to strengthen the character of students who are ready to enter the industrial world. In the production of the television film "Bung Karno under the Breadfruit Tree", Bali TV as a partner contributed to the publication of activities in the form of behind-the-scenes (BTS) shows, talk shows to the screening of a 5-episode Television Film series.

Viva Westi and Egy. (2013). Director. Massadiah, Executive Producer. The movie “When Mister was in Ende“https://www.youtube.com/watch?v=l_HmeCC0vvc. 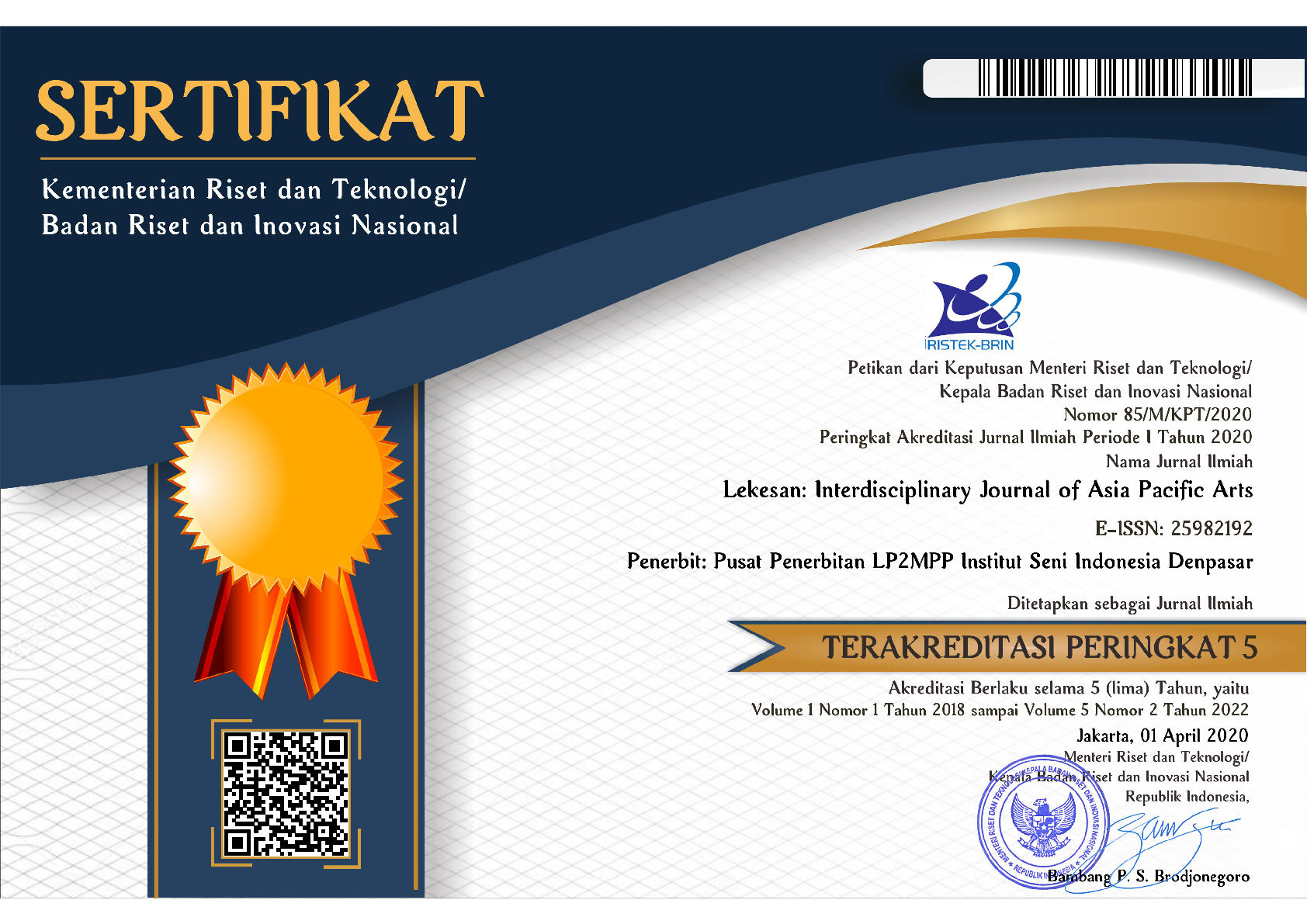